The Council is given a wide-range of functions which include: (i) to maintain and facilitate the maintenance of peace, order and good governance in their area of jurisdiction, (ii) to promote the social welfare and economic wellbeing of all persons within its area of jurisdiction; and (iii) Subject to the national policies and plans for the rural and urban development; to further the social and economic development of its area of jurisdiction. Mlele District Council is one of 185 Local Authorities in Tanzania undertaking various reform measures in the context of Decentralization by Devolution (D by D). The Council is expecting to improve the delivery of services to the public. In fulfilling the Council‟s functions as summarized in section 111 of the Local Government (District Authorities) Act of 1982, the Council requires strategic decision making to trigger sustainable local economic development through strategic planning at Council level.

1.3 POPULATION  The population of Mlele DC has experienced a decline of growth rate as indicated in Table 1.3.1. The population growth rate of the council declined from 3.6 percent during the 1988 - 2002 inter-censual to 3.2 percent in 2002 -2012 inter-censual period.  According to the 2012 Population and Housing Census,  Mlele District Council had 34,698 people of which 17, 568 were Male and 17,130 were Female. Currently, there is a significant increase in the number of people.   The projected population in 2016 has reached 40,616; i.e. 20,564 males and 20,052 females with a growth rate of 3.2. According to the field report from Ward Executive Offices there is an abundant increase of people resulting from frequent inflow of migrants from pastoralist societies from Simiyu, Mwanza, Shinyanga, Geita and Tabora Regions. WEOs reports indicate that, up to June 2017 there was a population of about 69,473 in Mlele DC; 33,629 being male and 35,844 female.  This, to a great extent provides a challenge to the ability of the District Council to accommodate the entire community needs for development. This calls for special attention from the Central Government to assist the Council to meet the needs. The population of Mlele District Council as well as various projections and sources of information is presented in the table below. The Kamsisi Ward population data is extracted from Inyonga Ward to depict the current situation Endelea MLELE DC strategic plan final AUGUST 14.pdf 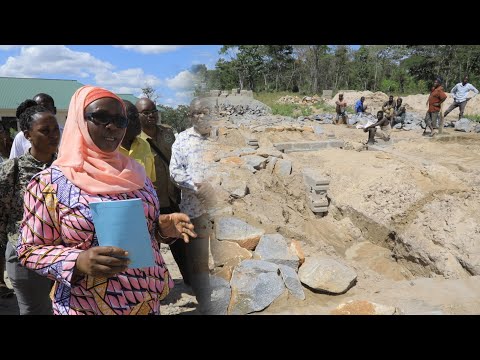